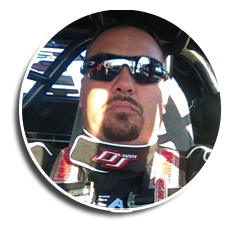 It’s about the car… 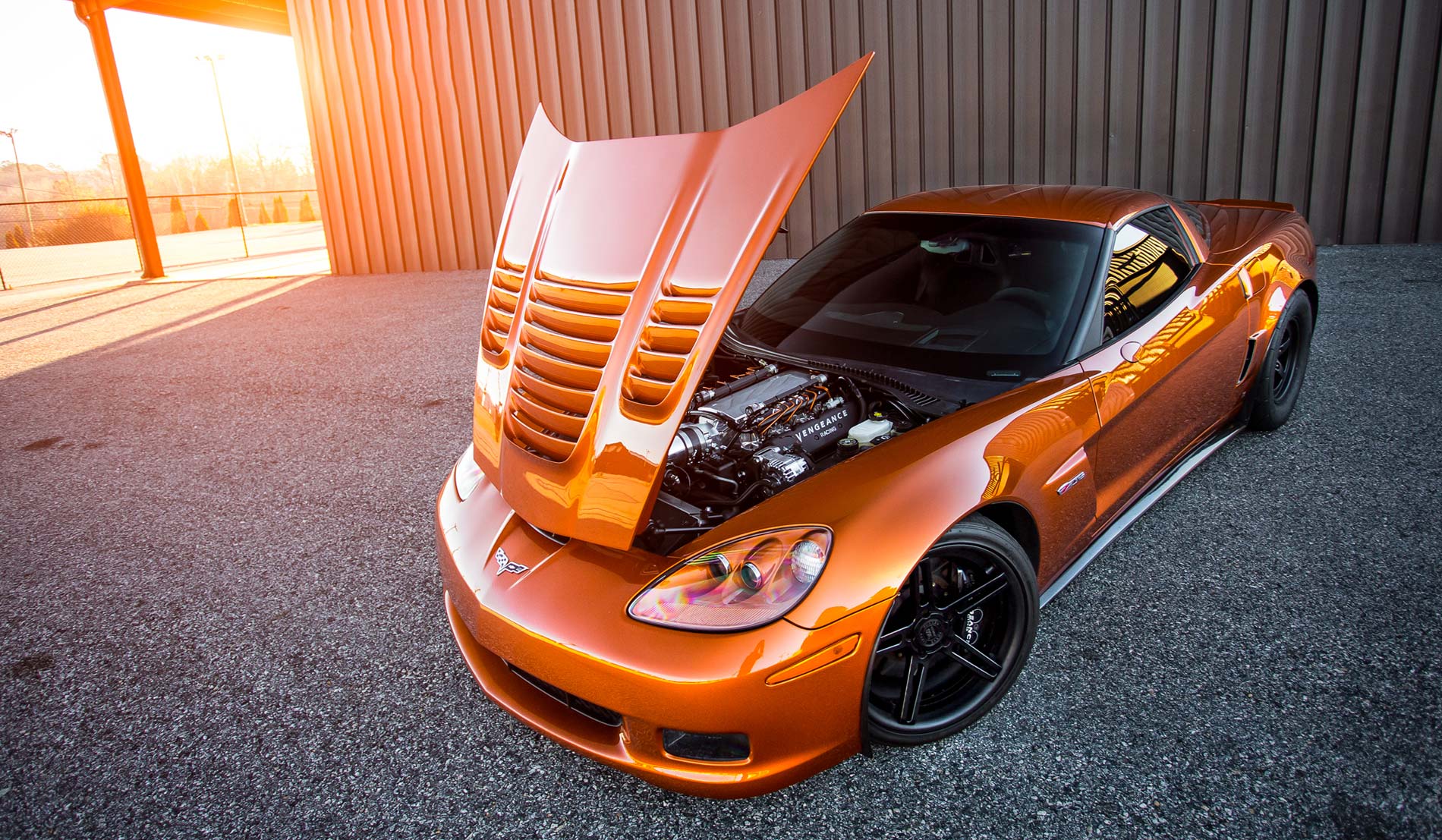 To understand the meaning of “Fatman 3.0” you must travel back in time to 2014 when our friend Randy Hunter owned this beautiful 2007 (then) sunset orange metallic C6 Z06. At that time the car was essentially a high horsepower street car that “accidentally” turned into a ½ mile land speed world record holder. Not only was this the first Corvette in the world to break 200mph in the ½ mile, but also held the record for several years for fastest manual transmission Corvette running 204.6mph with an H pattern TR6060. We found ourselves traveling the country racing with WannaGOFAST and bringing home new trophies from almost every event we attended. Randy and Jey with their “unique sense of humor” were joking one day about how we were “dropping bombs” and shitting on the competition all over the country… With the car being “atomic” orange at that time the jokes evolved into atomic bombs….. which if you know anything about history, the atomic bomb that was detonated over the Japanese city of Nagasaki was code named “Fat Man”. So no, the name Fatman, has nothing to do with the driver and everything to do with total domination. The 3.0 is simply the third iteration if you will, of the evolution of Fatman, as it is no longer a street car and has transformed into a full blown chassis/back half purpose built race car.

Randy sold Ron Mowen the Z06 late 2016 to allow him to pursue his other passion, which was aviation. Unfortunately a short time later Randy was involved in a fatal plane crash. Ron vowed to never sell Fatman and to continue racing in honor of the friendship and memories that were shared with Randy/Jey and himself. That said, Ron had to make the car “his” and one of the ways he accomplished this was by painting the car bright white. If you know Ron you know most all of his vehicles are white and Fatman would be no exception. 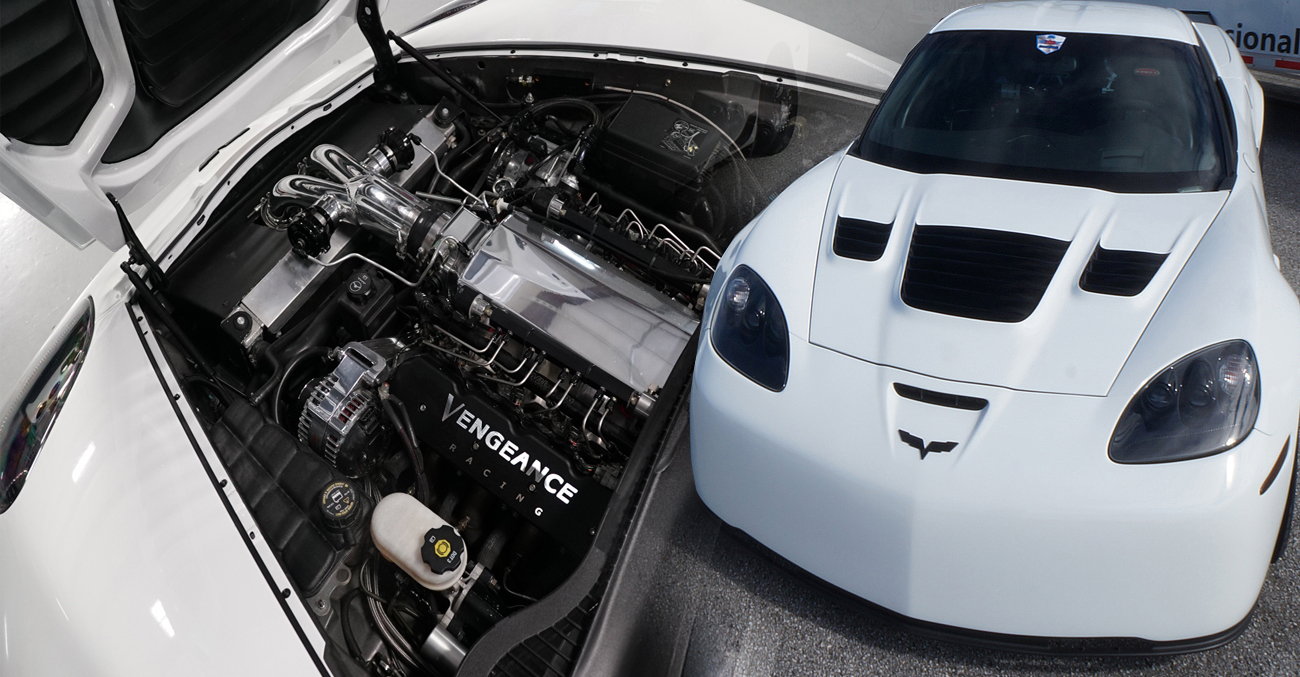 In June of 2017 we were racing in Charlotte NC with WannaGOFAST and had just ran a personal best of 216.99mph after swapping over from the TR6060 to a TH400 set up. We added a bit of boost and went out to shoot for 220+ on our next run. Unfortunately we spun the tires a bit on the run and did not best our previous mph. What we did do was find the limitation of our parachute as it ripped apart upon deployment causing us to run off the end of the runway attempting to stop from nearly 220mph without a parachute. It was at this point Ron and Jey both decided additional safety equipment was needed for the speeds being achieved.

Unfortunately time was not on our side to perform these upgrades in house so Ron started the search for a chassis shop that could deliver a quality product in a timely manner. This proved more difficult than anticipated, but Ron was eventually introduced to James and Crystal of JSC Racing Fabrication. JSC came highly recommended by a mutual friend and after talking several times Ron felt comfortable enough to ship Fatman all the way to Pennsylvania for a full 25.2 chassis upgrade. As with any project things spiraled out of control and quite a bit of additional work was added along the way including a complete 4 link/back half conversion from the factory IRS. Fatman would now not only showcase the pinnacle of safety equipment, but would be able to get down the track like it was racing on rails.

The finished product by JSC blew Ron and everyone that saw it completely out of the water. James surprised Ron with a custom candy apple red paint on the entire chassis with lots of carbon fiber accents thru out. The attention to detail and quality of finished product literally forced Ron & Jey to rethink the future of Fatman. This car needed to make a statement. It needed to have the best of the best parts available and needed to continue to dominate the drag strip and airport runways, but now on an entirely different level. This is where the 3.0 of Fatman 3.0 comes to life

Ron & Jey knew that a new engine & driveline would be needed to support the amount of power required to accomplish their goals. Ron made it clear he wanted to run 250+ in the ½ mile and click off a 3.xx in the 1/8 mile. Both are lofty goals, but are achievable with the right components and a hell of a lot of horsepower that would surely put this chassis to the test. For the engine itself the team turned to Noonan Race for their billet LS block/cylinder heads and intake manifold. These parts would be the foundation for producing 3000+ horsepower “reliably”. Late Model Engines would work their magic on all of the machining requirements and stuff the internals into place to provide us with 438 cubic inches of billet bliss.

The LME race engine would be fed by a pair of Precision XPR 94mm Twin turbos that are more than capable of producing the needed horsepower to accomplish our goals. Drivetrain would consist of an RPM Transmissions built “lock up” style TH400 mated to a Pro Torque “Lock up” torque converter. An air shifted M&M shifter will execute the shifts. Ron & Jey agreed to tune the combination on methanol so they reached out to Aeromotive Inc for one of their spur gear mechanical fuel pumps/filters etc to meet the extremely high fuel demand of this combination. Engine management will be provided by a Professional EFI Systems 128 ECU working in conjunction with a Holley CDI and their high output coils. A Motec C127 Dash will display all of that data to Ron while he pilots Fatman down the track.

As of the writing of this feature Fatman 3.0 Jey is working thru the final phase of assembly. We hope to be testing in just a few short months and ready for the 2021 racing season. To stay up to date check out Fatman 3.0 on Facebook. We will also update this page once Fatman has been completed and ready to hit the track. 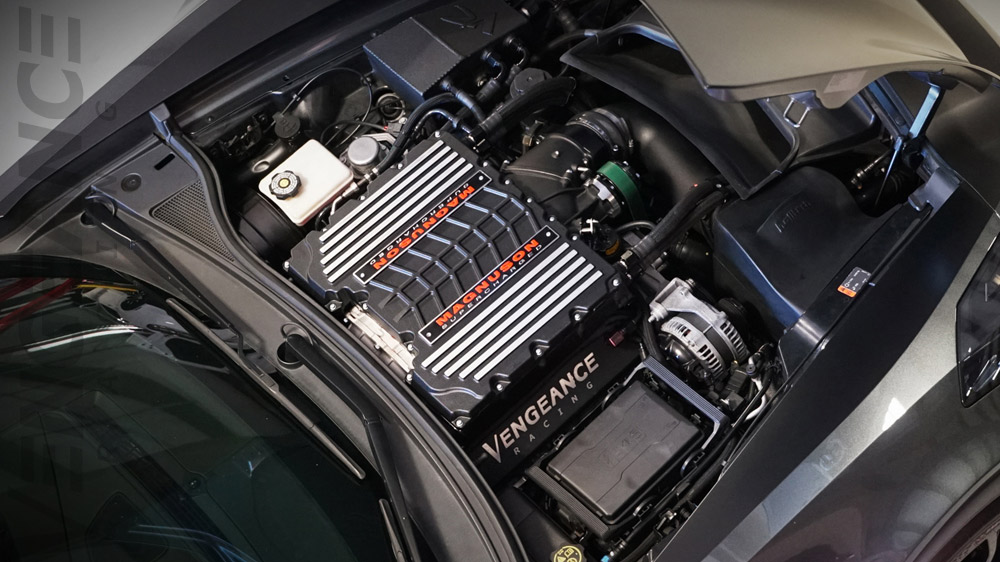 However, if you’re interested in a custom build please contact us through email or the form below.